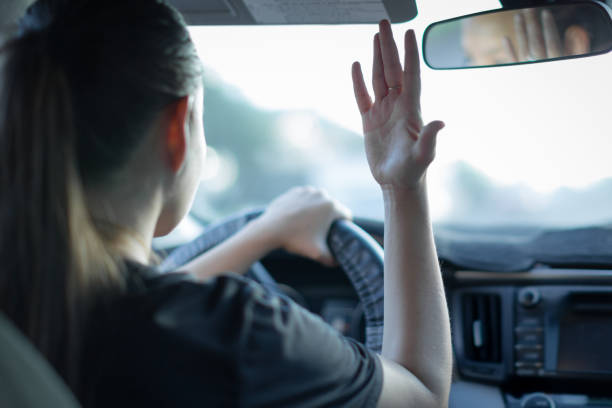 Nothing inspires so much rage as the school drop-off line. Maybe you’re lucky and live in one of those wonderful areas of the world where your state government has not abused the taxpayer dollar and you are privileged enough to have school bus service to spare you from this hell. But if you’re in California like me, chances are, THIS IS YOUR LIFE.

Simplified, the basic idea of the school drop-off line is that one car after another drives up and drops their kid off at the curb, waves goodbye, and the parent goes off to do their thing and be yelled at by assholes all day long at their job. That should be the hardest part of their day!

But no. It can’t be that easy.

See, my kids’ school tried to make this fairly straightforward – A curbside lane for drop-offs, a middle lane to get out of the curbside lane, and a lane on the far left for those just passing through.

But none of this works as planned, because – Didn’t you know…Some parents are more special than others!

Let’s meet these paragons of humanity, shall we? 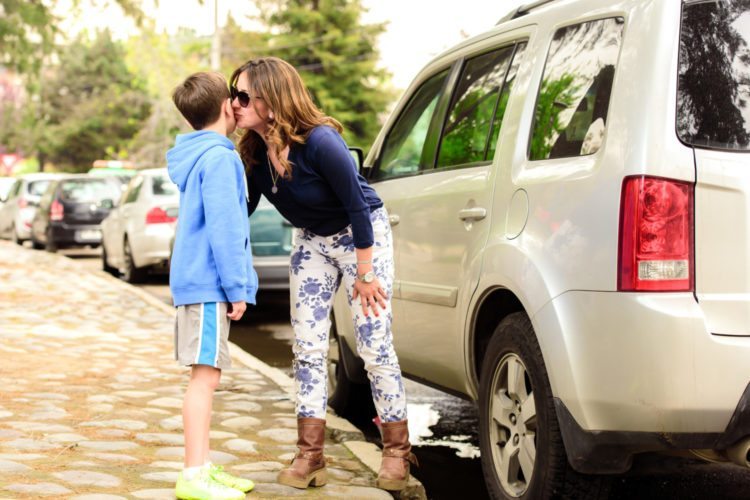 Sally loves her kids more than you love yours. It’s as simple as that. Sally drops her kid off at the curb and insists on bestowing loads of affection on him in the car to make up for the precious hours they are apart.

She packed his gluten-free lunch with a sandwich lovingly cut into a heart shape, scribbled ‘Mommy loves you!’ with dry erase marker all over his plastic containers of tuna salad and homemade chocolate chip cookies. She’s even added a moist towelette that she opened and spit all over so he can clean his face with her saliva.

Bonus points: She included a t-shirt with her scent in case he misses her.

She’s Mother of the Year, of course.

And here she sits with her rotors spinning, helicoptering in the drop off line at the curb watching her precious boy walk all the way up to the door of the school. She WILL NOT leave until he’s safely inside the doors. Because that’s what good helicopter mothers do.

The rest of the day she will be monitoring Facebook looking for someone to mention a lockdown at a school so she can have a justified reason for her loosely restrained hysteria while arguing about vaccinations and breastfeeding. Meantime, while you are waiting and spilling out every sarcastic quip you can think of while holding back your seething rage, another kind of parent is seizing the opportunity to lord over all you rule-following, good citizen parents. 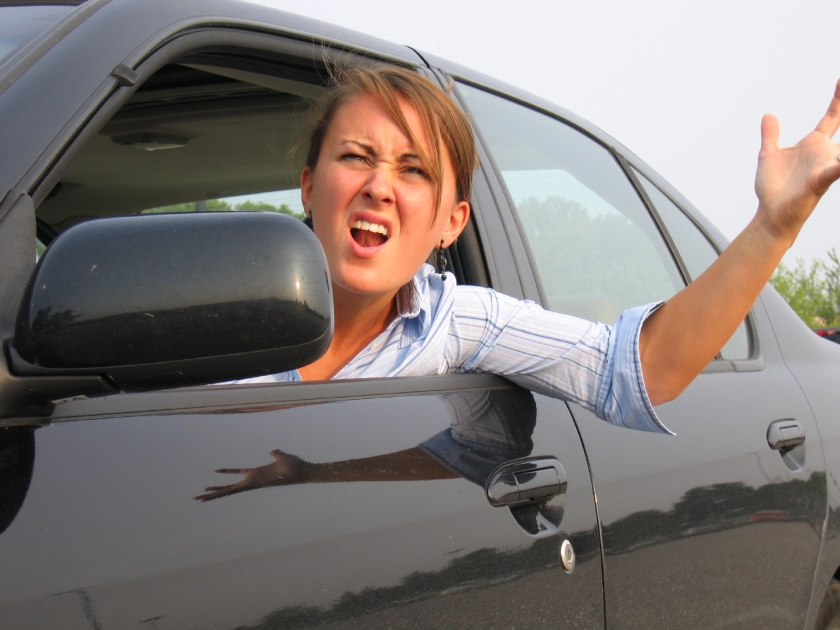 The asshole doesn’t care. Because society has made being an asshole “cool” – The rest of us must now live with twice as many breeds of dickhead as the ones that used to only occur naturally.

In direct contrast to our social system hyping up the almighty Social Justice Warrior, assholes became a necessary addition to the melting pot. This is what you get when you try to make nicey-nice crap a part of society. You get assholes who get sick and tired of the narrative being forced on them and they rebel by abandoning general societal niceties, resolving to just be a dick.

So while you are sitting there waiting for Sally to move, the asshole comes barreling down the center lane, giving two shits less about everyone else in line to drop off their kids, swoops in front of Sally to drop off his kid, whom he is also teaching to be an asshole, and nearly takes out kids trying to cross the crosswalk in the process.

The asshole likes to tailgate everyone in front of him just because he can. He’s super important, if you didn’t know. Guaranteed to have some kind of shitty bumpersticker about whatever political B.S. he represents or whatever other stupid cause he has to identify with because he has a small penis. 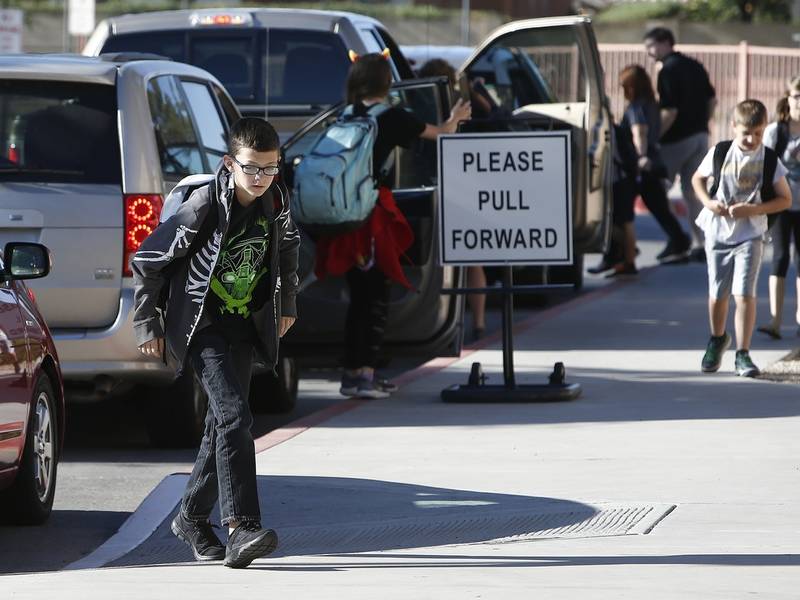 To be fair, the hot mess parent is sometimes not directly the one at fault here…but in a way, they kind of are. Because they should make sure their little hell minions have their shit together before they get in the car. Yet, here they are…Pulling up and their kid hops out of the car with no shoes on (WITH NO FUCKING SHOES ON!) and a mountain of trash falls out of the car with them. The kid obediently picks up the trash, then proceeds to not only put on and tie their shoes, but dig in the car for something, go around, open the back door and dig around till they find whatever in God’s New Green Deal recyclable hell they are looking for.

As your rage mounts waiting for them to pack for their European vacation, they go around to the trunk (THE GODDAMN TRUNK!) to get their backpack out.

Can their kid not endure a five minute drive to school in minor discomfort with a backpack on their lap or on the floor next to them? This isn’t a goddamn airport.

The icing on the cake comes when mom jumps out of the car in her beer t-shirt, fluffy PJ bottoms and slippers with 2 day unwashed hair and chases after them with a hair brush. Because her kid’s week-long unwashed hair is going to look SO much better running a brush through it, amirite? Author’s note: Do not dare to honk at this mother. She’s fucking crazy and will beat you with the hairbrush that just touched her kid’s dirty head. 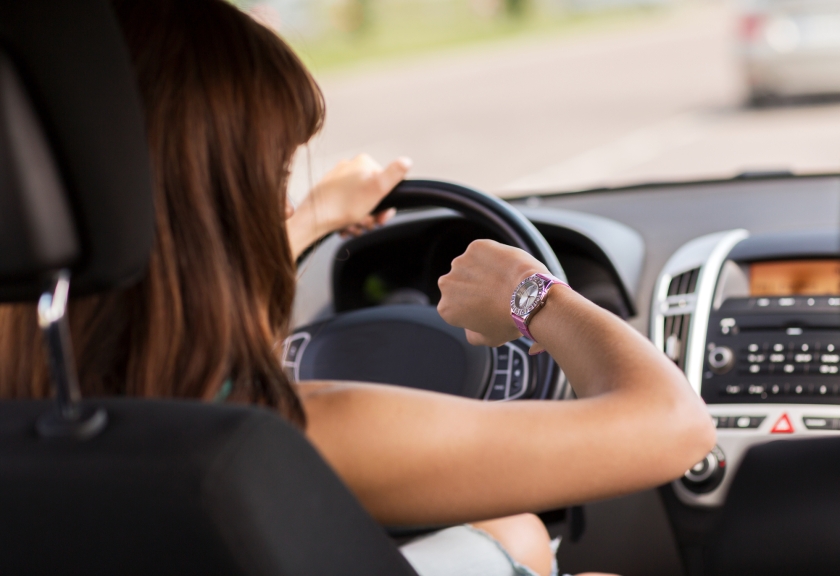 I hated the LATE parents so damn much I started dropping my kids off early. They’re the craziest mofos of them all. But then I realized you can’t escape the LATE parent. Because if they are not late for dropping their kid off, then they are late to their damn job. They’re late for something! And their irrational hysteria and panic may get someone killed. They will become an ‘Asshole’ parent and cut you off. They will swerve out in front of you. They, however, are not doing it to be an asshole. They are just completely not in their minds, right now, because they are about to get fired.

You’ll know them when they pull up in the center lane and push their offspring out of the passenger seat to go rolling haphazardly in front of your car like a tumbleweed with a GPA and a homework assignment on Mussolini. These kids have probably been in therapy for their unexplained anxiety issues before they were five so be kind and don’t run over them. 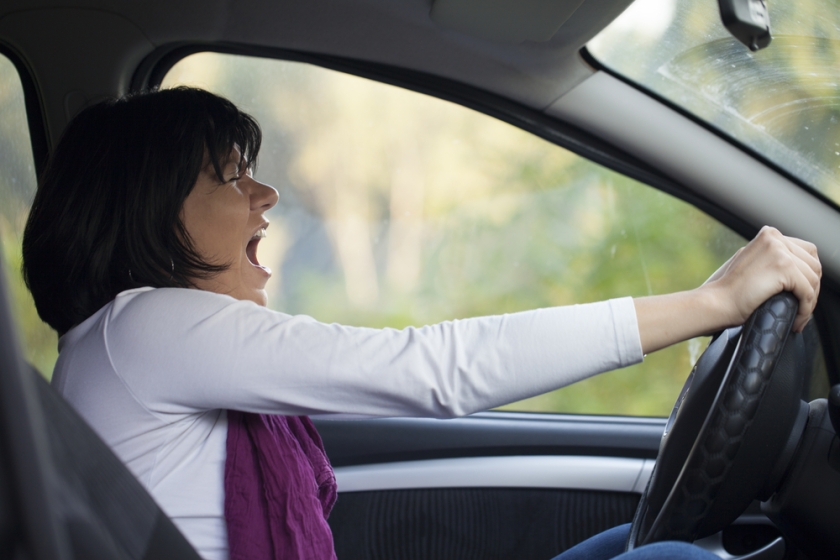 Not everyone can have an average IQ. Whatever your role in society, you have to accept this. Not everyone can function on a cellular level the way the world around them does. They’re just not going to get things like:

This is why a friend of mine offering to take my kids to school every morning in exchange for occasionally picking up hers was a blessing in disguise. I can sit and have my coffee in peace and meditate while planning my escape to one of those blissful states of the union where bus service is not mythical and my ugly side can stay sheathed until unearthed by more worthy causes like arguing politics on Facebook.

This site uses Akismet to reduce spam. Learn how your comment data is processed.

Have we written about it yet?

We are a team of writers bringing you fresh, engaging content based on psychological studies, real experiences, and thought-provoking interviews. Our aim is to help our readers live their very best lives through quality content. Have a topic you want us to cover? Please hit us up on our contact page and tell us about it!

From time to time we enjoy featuring quality products to our readers. We are proud Amazon affiliates who may collect a percentage of sales profit from affiliate links. If you have a product you believe could benefit our readership, please let us know!
Loading Comments...
Comment
×
<span>%d</span> bloggers like this: